GET THE MOST OF OUT OF LIFE – THE TOTALITARIAN PRINCIPLE

There's a powerful concept that comes from physics that will help you learn how to focus better. It's called the Totalitarian Principle. According to this principle, anything that is not forbidden becomes compulsory. What that means is (if you don't create rules to stop something from happening, it will happen).

My goal is to have my phone on airplane mode and in another room so that I’m paying attention to them. I've created an environment of accountability so that my kids can actually call me out when I'm not applying my rule.

A key aspect of applying the totalitarian principle or making any change is that you want to define the change you want and then become public about it. You want to lean on the people around you and ask your environment to support you on that change, because it's something you really want to do. You want to make that thing forbidden or at least forbidden during certain periods of time. You want the environment to also believe that that thing is forbidden to you.

In my case, when I'm home and in the kitchen or living room, I want to be fully present with my wife and kids. So I've told them that's my goal and that's what I want them to hold me accountable to. It is forbidden for me to have my phone on me for certain hours of the day so that I am giving them my full attention.

Another problem that most people have when it comes to focus is that they actually try to work for way too long. They value the quantity of hours they work versus getting specific things done. It's like exercising for five hours a day. You don't need that much. Most people are actually overworking themselves and not recovering enough.

Instead you only want to focus on like three to five really good hours a day and then you want to step back. If you want to become results-focused, then you need to give your attention to the outcomes you want.

WHERE TO INVEST YOUR TIME

There are two economies in the world. There is the ‘results economy’ which is the economy that focuses on getting the desired result in the most effective way. Then there is the time and ‘effort economy’ (which is where most people are at). Their economy thinks that you're being successful if you're putting a lot of time and effort into something. It's not about how much time and effort it takes. It's about getting the result as effectively as possible.

If you can set your environment up and know the one thing that will create the biggest result and you're clear on your goals and values and if you've created an environment that keeps you from distraction. Then three to five hours of work a day is really all you need. If you're producing massive results and you're in flow by not getting binged and tinged from all of the notifications, you’re focused and getting things done.

There's research that shows that if you're pulled from the flow you are in, it usually takes you about two minutes to get back into flow. Every time you get a notification and get pulled from your focus, it takes you time to get back into the depths of flow where high performance is. That's why you want to block things out and really focus for a few minutes because as you go deeper into flow, you get better and better performance. It becomes more subconscious and more powerful.

The problem is that most people never actually get to that level because their environment is intruding on them, because they're not clear on what they want and not applying strategic ignorance. They're certainly not applying the totalitarian principle.

The solution is not to go for too many things and don't work yourself to death. Don't work too long. Otherwise you’re going to be caught up by all sorts of short-term distractions or dopamine hits. Instead focus on performance. Focus on results, not time and effort, and then give yourself ample time for recovery and rest. And if you’re really motivated, try a dopamine detox.

𝐖𝐡𝐢𝐜𝐡 𝐨𝐧𝐞 do you think is abused the most?

By fasting from these activities that trigger the brain’s neurotransmitters, you can become less dependent on the emotional “hits” that dopamine provides.

Dopamine is a non-infinite but renewable resource. Don’t abuse it and let it go to waste.

An action step you can take today…

Want to Say Yes to a better Results? Get the Focused Productivity Planner

I received life’s second chance when I survived a severe car accident that took three lives. I struggled through brain injuries, business failures, heartbreaks, marathon races and daily fights with fear and doubt.

I am the #1 Best-selling Author of Living the Life of Your Dreams – How To Stop Working Insane Hours And Start Living An Awesome Life.

I help businesses grow 7 and 8-figure revenues because I've done it myself.

If you have any questions about systemizing and scaling your business…

DM me here on & I’ll be happy to answer your questions.

Find out more about scaling your business with systems on our Discovery page.

Appreciate you for reading! 😊

Why You Should Choose Inspiration Over Motivation

Should You Keep Your Dreams to Yourself?

8 Steps to Success with Small Habits 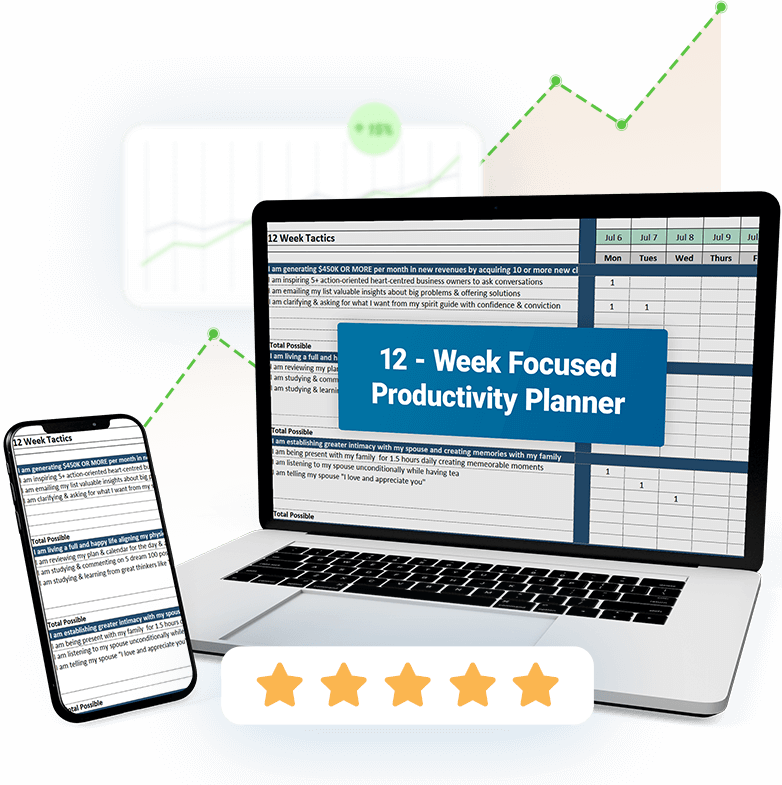