It’s what you do know that isn’t true!
Just when you thought you heard everything. Have you heard of the Cliff Young shuffle? Its one of the best, if not the greatest stories about the tortoise and hares.
A 61-year-old man who has never run a race in his life entered to run an ultra-marathon from Sydney to Melbourne. It’s considered one of the worlds most difficult physical challenges – 544 miles (875 km) that would take six or seven days to complete. The runners were allowed to eat and sleep as they chose, and the winner would w receive $10,000.
Cliff was the least prepared and least likely candidate to win the race. He showed up in overalls and rain boots while the other runners, who were much younger and dressed in the latest Nike, Adidas and Reebok running gear, made fun of him.
Some of the race officials were concerned that Cliff might not make it and die of a heart attack. But Cliff assured them that he had grown up on a farm where they couldn’t afford ATVs or horses and that whenever a storm was coming hed often run for two to three days without sleeping to round up his families 2,000 sheep on their 2,000-acre ranch.
When the race started, the other runners took off at rapid speed and eft Cliff in the dust. However, Cliff started off at a slow pace and style that has been coined the cliff young shuffle. When the race officials saw Cliff running, they were sure that he would collapse and die somewhere along the route.
But Cliff had a secret weapon that even he didn’t know about. You see, Cliff had never run in the race. He had never met another long-distance runner. As a result, he didn’t know that he was supposed to sleep for six or seven hours a night during a long distance endurance race like this one.
The first night Cliff only slept for only two hours. So, by running while the other slept he took the lead and maintained it for the rest of the race. The following day he ran nonstop for 23 hours and only stopped to sleep for one hour.
Cliff ran the entire race with virtually no sleep and cross the finish line 10 hours ahead of the second-place finisher. He had completed 544 miles in five days, 15 hours, and four minutes, which is the equivalent of running almost for marathons per day.
Cliff shattered the previous record by more than two days!
It happened to me too!
Years ago I had the opportunity to climb the stairs of the CN Tower in Toronto Canada to raise money for charity. I had no idea how long it would take, how many steps there were or how many floors there were.
A colleague of mine was there climbing the stairs as well and I decided to follow him because he had successfully climbed the stairs the fastest in my company in all the previous years. I was right behind him when we started out, but then there were so many people in the stairwell that when someone stepped in my way he kept going at a rapid pace.
We were climbing two to three stairs at a time, but I didn’t know what to expect or what to think. My mind wasn’t poisoned by any limitations or expectations. I just expected to finish the race and go as fast as I could.
And to my surprise, I caught up with and passed Ron. I ran up 147 floors, 1,776 steps in 12 minutes and 54 seconds and finished first place in my company the first time I took the challenge.
Cliffs story and mine clearly illustrate that sometimes it isn’t what you don’t know that holds you back. Its what you do know that isn’t true. It’s wise to question all of your assumptions about how things are done and be open to new possibilities.

Copyright 2020. All rights reserved.
This website is designed by Magenta Design 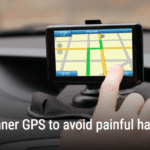 How to Program Your Inner GPS to Avoid Painful ProblemsBlog